Nomination and Poll Days for all these elections are fixed by the President.

The Electoral Supervisory Commission, after consultation with the Electoral Commissioner, appoints the Returning Officer and junior staff – who are all public officers.

The Returning Officer and their deputies work in close collaboration with the ESC (Electoral Supervisory Commission) and Electoral Commissioner’s Office for the smooth running of the election. 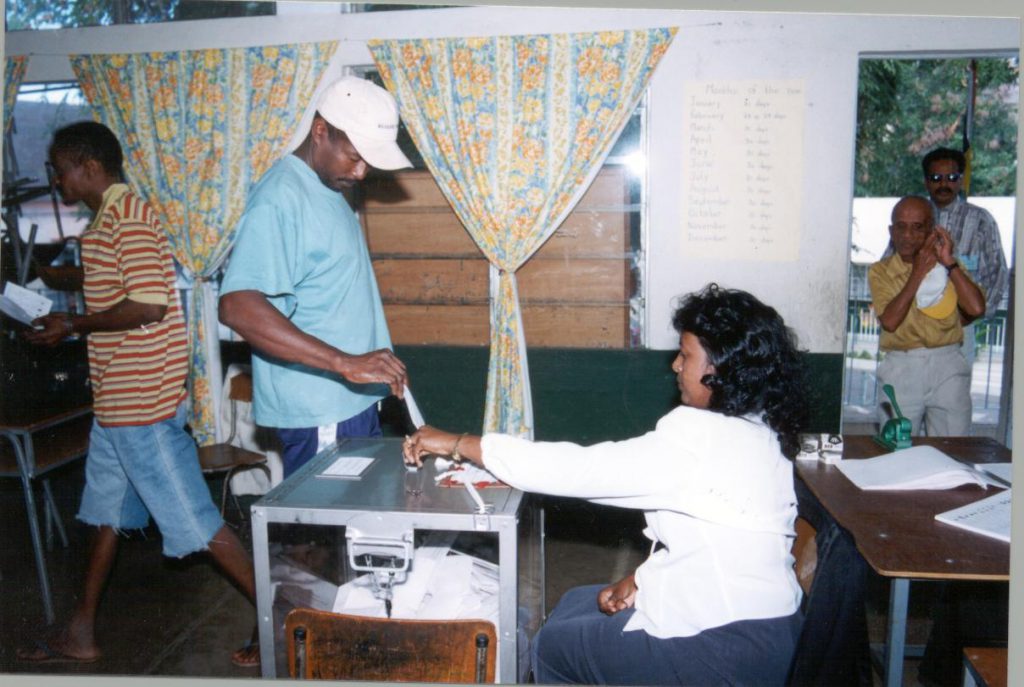 On Nomination, Poll and Counting days, the Returning Officer is assisted by other election officers.

On Nomination Day, party/Groups and independent candidates submit their Nomination Papers – as required by law – to the Returning Officer.

Ballot papers are printed by the Government Printing Office and verified by each Returning Officer assisted by his staff before being sealed, kept under police custody till the morning of Poll Day when they are conveyed to their respective Polling Stations.

Translucent ballot boxes are used for the elections. 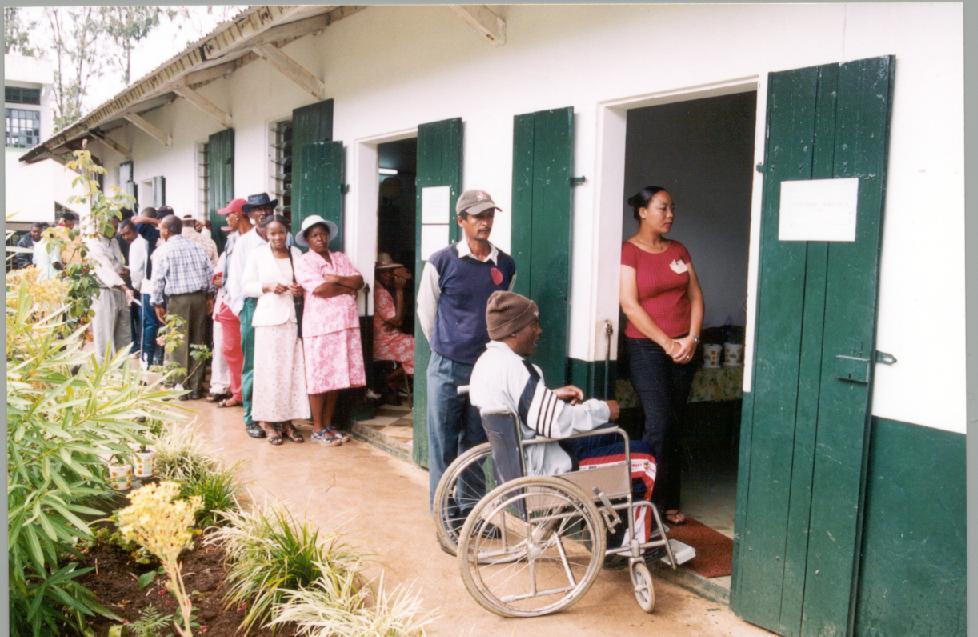 A handicapped elector shows his interest to vote

Assisted Voters: Election staff assist voters with special needs upon request. Such voters may also be assisted by companions of their choice. A companion is legally described as mother, father, husband, wife, brother, sister, son or daughter.

The Police is responsible for the maintenance of law and order during elections and they work in close collaboration with the Electoral Commissioner’s Office and the Electoral Supervisory Commission.

The Hours of Poll are set out below: –

Candidates are entitled to agents at polling stations on Poll Day and on Counting Day to witness the proceedings.

The responsibility of every Polling Station is assigned to a Senior Presiding Officer whilst each Voting Room is under the charge of a Presiding Officer. Each registered elector applies to him for a ballot paper and same is issued to the elector if the Presiding Officer is satisfied of his identity.

Persons voting by Proxy: The categories of persons entitled to vote by proxy are specified in the relevant regulations. They include, inter alia, members of the Police Force and election officers engaged in the performance of election duties.

At the close of Poll, the relevant ballot boxes are sealed and conveyed to the respective Counting Stations under police and agents’ escort where they are kept overnight in sealed rooms under police custody and under the watch of the candidates’ agents.

On the following day, continuous counting of the votes is effected as from 8 a.m. Partial results are issued periodically. When counting is completed, the Returning Officer tabulates the figures in all Counting Rooms and forthwith publicly declares the results. The Returning Officer submits his returns thereafter to the Electoral Commissioner for publication in the Government Gazette and for other purposes.